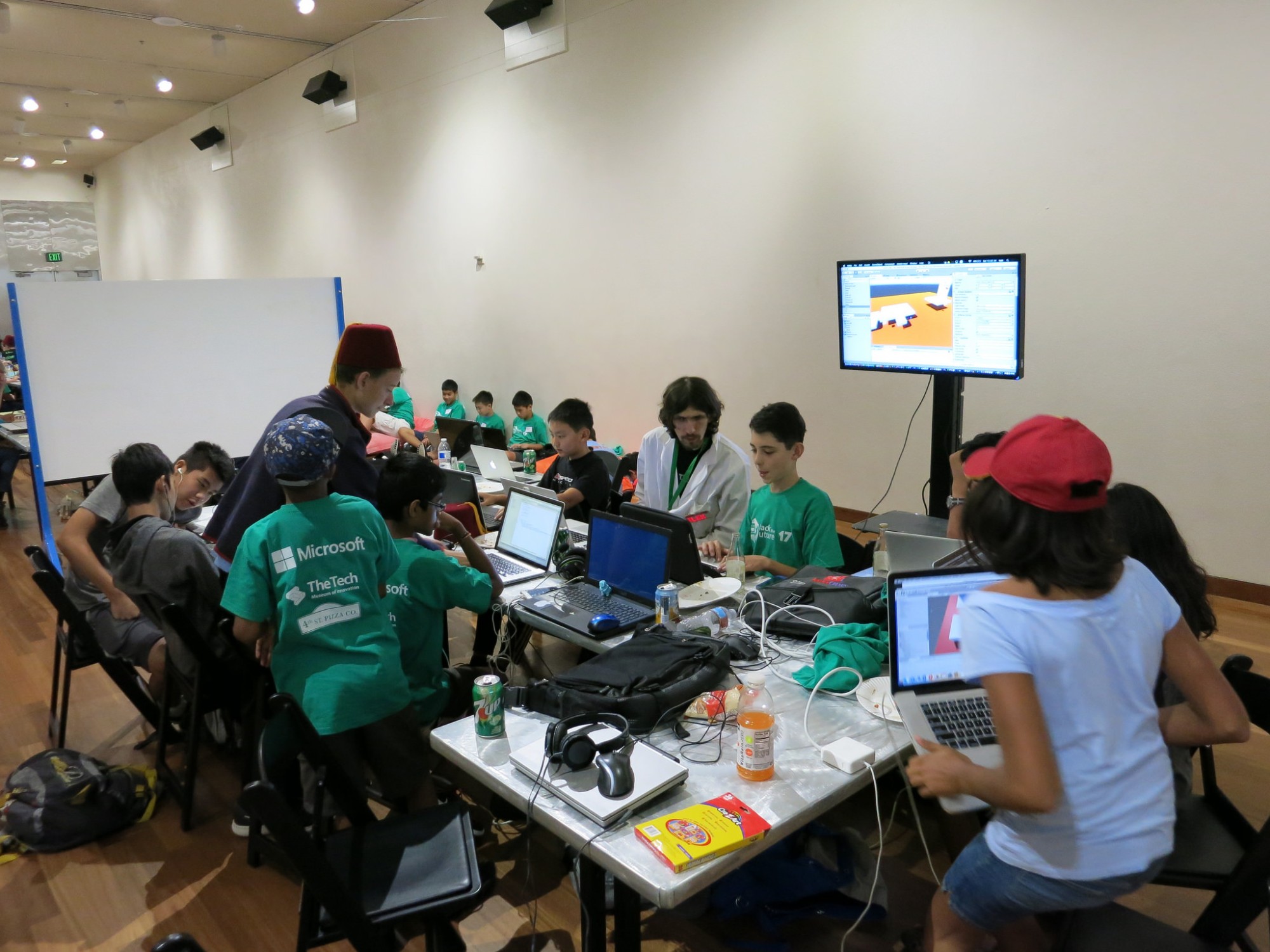 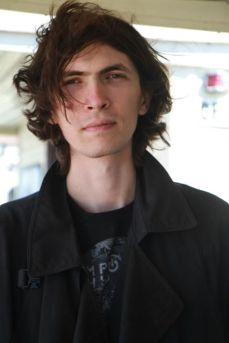 I am a game developer, teacher, augmenter, hackerspacer, 3D artist and musician based in the Bay.

I make Code Hero, a game that teaches how to make games that teach everything else. It is designed as a gateway for total beginners to learn how to code games in Unity.

The game is a hybrid between a first-person puzzle platformer like Portal and a simulation of C# coding and the Unity editor interface. Players can shoot code rays to execute code upon targets, but they can also create persistent component code attached to the game objects that make up a world in Unity.

I’ve made some experimental games you can see on my Global Game Jam profile.

Hack the Future is a monthly learning hackathon for young future hackers. 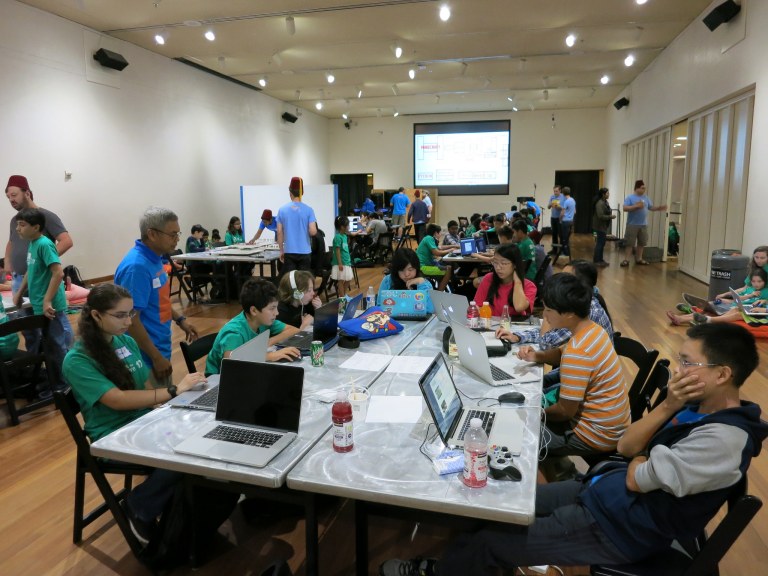 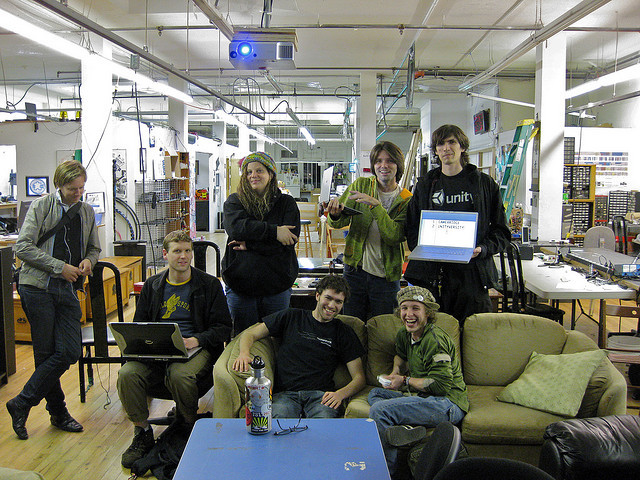 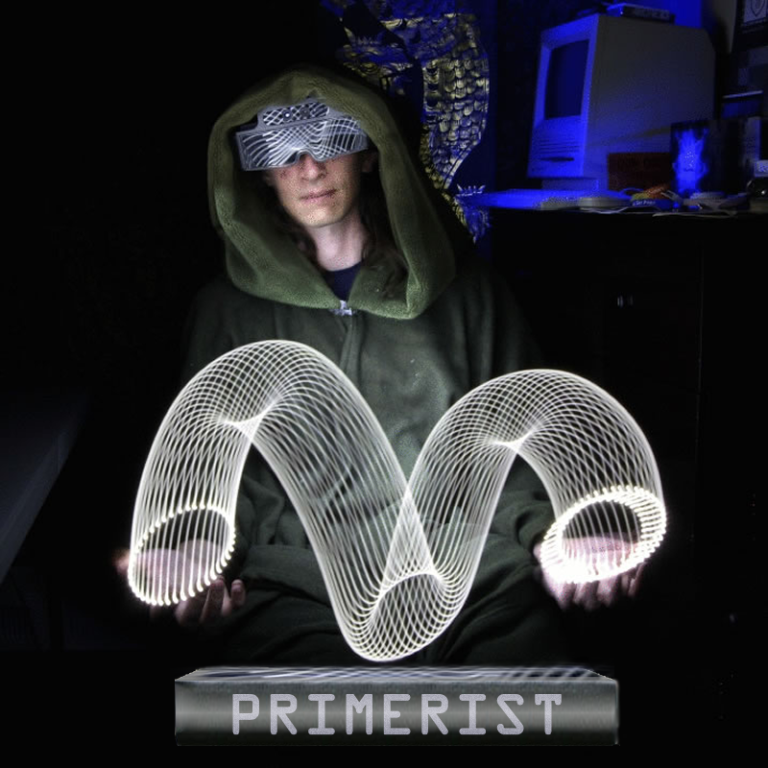 I’m a member of Noisebridge Hackerspace in SF where I teach Gamebridge classes and Sudoroom in Oakland. I see evidence that Hackerspaces are changing the world for the better and I recommend everyone participate in their local hackerspaces.

I was the Lead Unity Developer of the Meta augmented reality SDK for Unity. I had the honor to work with holographic interface pioneers including Steve Mann, Steve Feiner, Meron Gribetz and Jayse Hansen. I’m now incorporating AR and VR into Code Hero.

I was IT Director and Lead Editor at Atomic Cartoons’ production of Atomic Betty, a show about a fighting girl who is going to save the world before elementary school recess ends. The dialogue was brilliant or I should think I’d have gone crazy hearing it over and over.

I played a Handicapper General enforcement officer 2081, a film based on the Kurt Vonnagut story Harrison Bergeron. I helped choreograph the fights and tactics. It was great fun pretending to arrest Army Hammer.

I designed costumes for the protagonist of the action science-fiction film Vampariah directed by Matthew Abaya. 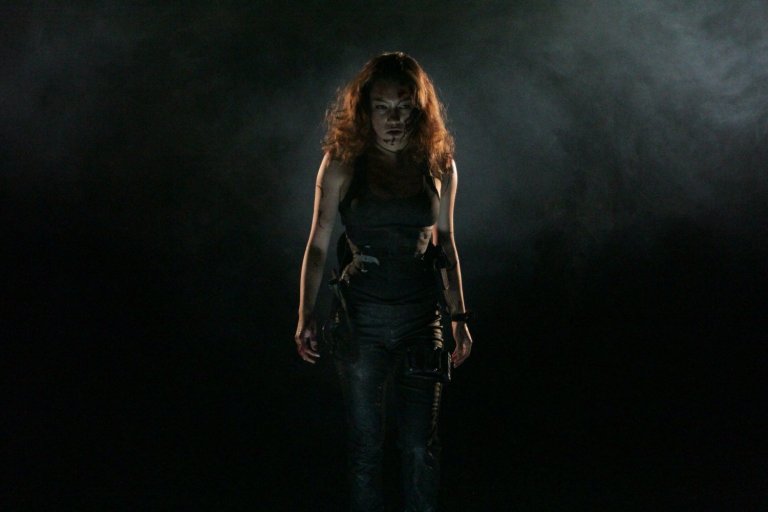 I was interviewed for a steampunk documentary called Vintage Tomorrows at the Steampunk Village of Maker Faire. I make a game about the founding figures of steampunk. Ada Lovelace and Charles Babbage are reborn as AIs teaching programming today in a world that could have happened 100 years earlier, and I think that historical what-if reminds us to redouble our participation in creating the future we want to see. I had quite forgotten the beautiful summer day I spoke to them surrounded by an island of the Neovictorian Diamond Age. Seeing a clip from it I heard myself say this:

“I think Steampunk will be a gateway into a future phyle, a tribe of aspirational, intellectual and artistic creative people. I would love to live in that world and I think I’m in that world right now a few times a year. Why not make it 24/7?”

At 13 I was mentored by Dr. Dude aka Professor Dave Fracchia and studied computer graphics at Simon Fraser Universtiy’s Gruvi lab.

The SFU Graphics Lab had indigo Silicon Graphics workstations, and I needed a UNIX username. I wanted to use alexpeake but it stipulated 8 characters or less. Rather than misspell myself alexpeak I nixed vowels for LXPK. Unluckily, some services stipulated minimums > 4, prompting me to adopt the alt primerist.

Primer refers to Neal Stephenson’s The Diamond Age: Or, A Young Lady’s Illustrated Primer. The Primer is a magic-seeming nanotech fairy tale book containing a talking AI/human hybrid mentor like a dungeon master in a lifelong learning role-playing game. I grew up wanting to make learning games, and the games I wanted to make reminded people of the Primer enough times that I gave in to the tenth reccomedia and became a primerist.

What is the box you are looking through?

I’m peering through Bre Petis’ Makerbot Frostruder Mk 2 3D printing a cupcake and thinking science is delicious in an Atlas nuclear missile silo at Toorcamp 2009. It was one of many beautiful moments there captured by @yerdua. 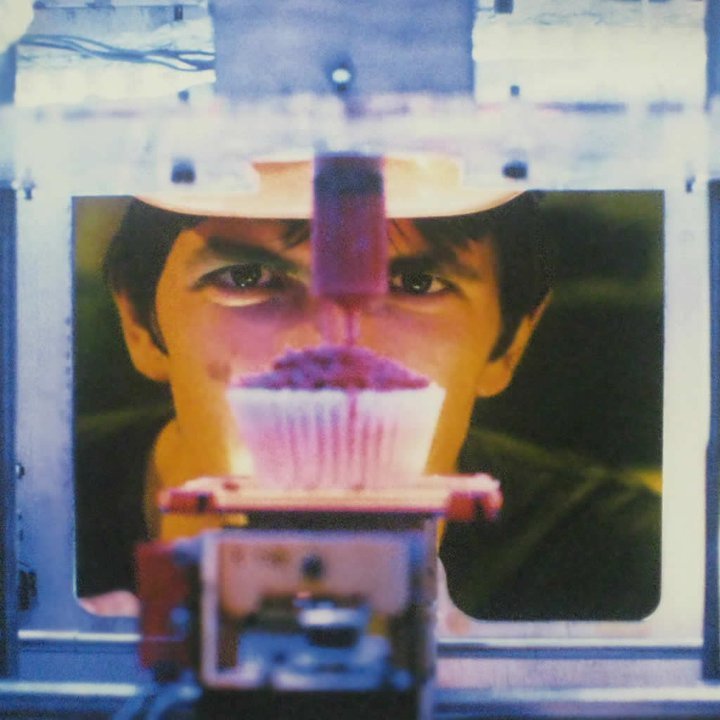